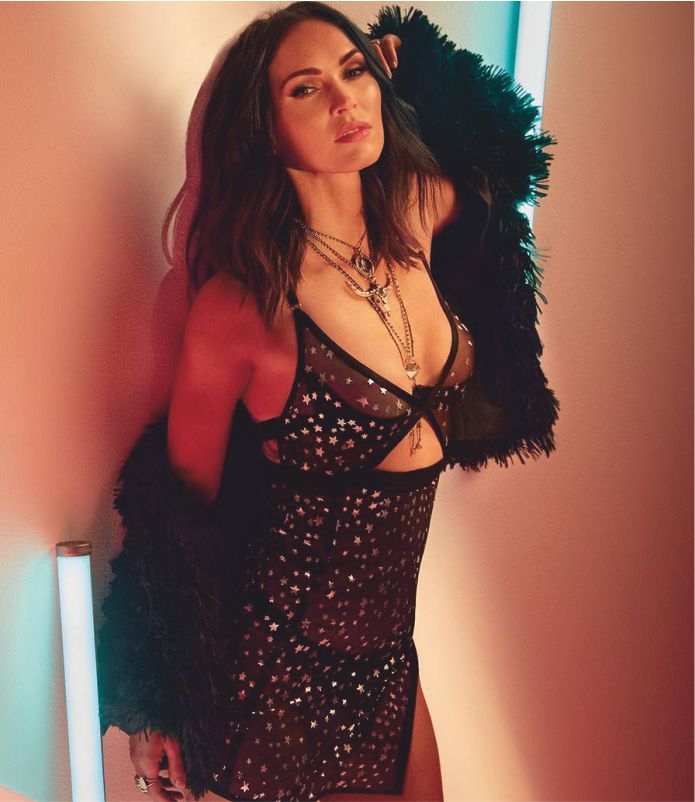 Transformers star Megan fox recently shared some sultry pictures of herself modelling for Frederick’s of Hollywood lingerie showing the world one can look as sexy as one wants even after motherhood.

The mother of three showed off her toned physique and flat abs in a bikini.

The sexy actress, who is became a major shareholder in the lingerie brand in 2016, smouldered in the attire and had only a tiger emoji that covered her nipple. With her lovely tresses let loose and nude make-up Megan flaunted her great bod in the lingerie. She is also the brand ambassador and a director of the brand now.

Megan said that she acquired her super-fit physique through an excellent low-carb diet and a rigorous fitness regime that included weightlifting, cardio, body-sculpting, strength training, and even circuit training.

She stuck to the discipline and showed off her incredible figure in black lingerie on a pho-sharing site. 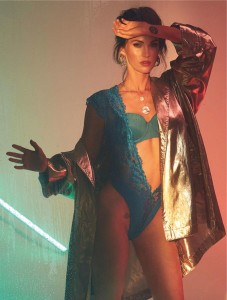