HUGE LOSSES DUE TO COVID AFTERMATH 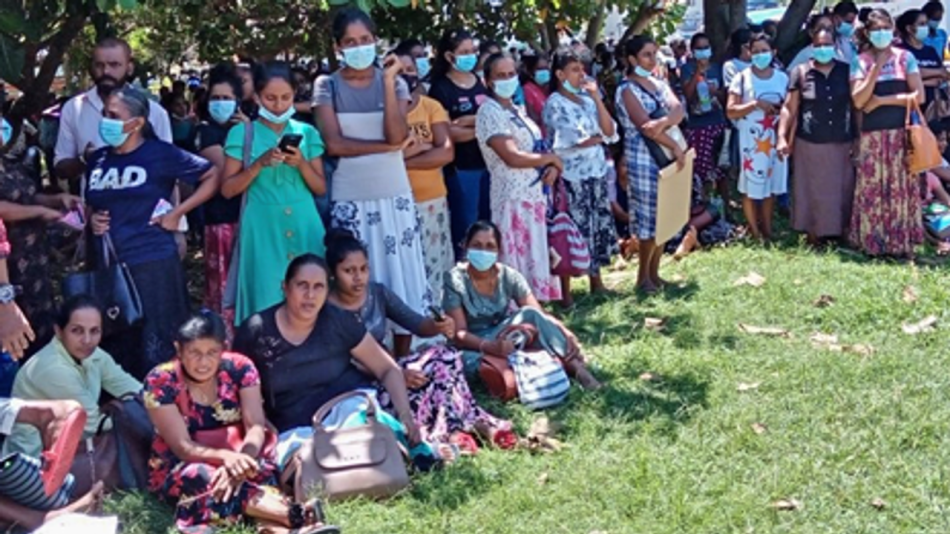 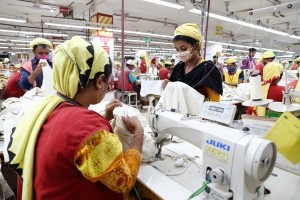 The apparel trade is in a Topsy turvy situation right now. Country after country are reporting closure of factories, worker layoffs and retrenchment of management staff.

Key exporting countries like Srilanka, China, Bangladesh, Indonesia, India etc have seen diminishing export orders from the European market due to on-going Ukraine war and the aftermath of Covid crises.

Sri Lankan apparel manufacturers have responded to falling export orders, higher interest rates and energy costs by slashing wages, incentive bonuses and other payments and eliminating tens of thousands of jobs. The reduction in orders is a result of the disastrous impact of the COVID-19 pandemic and the US-NATO war against Russia in Ukraine on global supply chains and energy costs.
Making clear that these attacks would deepen, past president of the Apparel Exporter Association Felix Fernando told LnL ,“Our gut feeling is that in the next four to six months orders will be down by 20–25 per cent.” 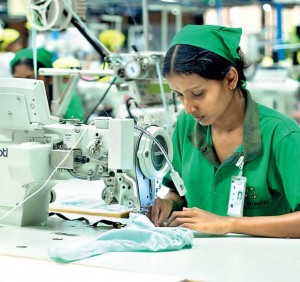 This was echoed by Sri Lanka Chamber of Garment Exporters General Secretary Hemantha Perera, opined that apparel orders had already dropped by over 50 percent. He said 35 of the 85 companies registered with the association were “in trouble” and almost 10,000 workers could lose their jobs.

Sri Lanka has about 300 apparel manufacturers, employing approximately 350,000 workers with an estimated 700,000 dependents. These companies produce for dozens of international corporations based in the US and Europe, such as Victoria’s Secret, Marks & Spencer, GAP, Tommy Hilfiger, H&M and Zara.
Sri Lankan apparel factory owners have not just slashed jobs and salaries but closed down entire facilities without even paying the government-recommended compensation pittance. The basic monthly income of many workers, who are struggling to deal with hyperinflation, has fallen to around 25,000 rupees ($US69).\ 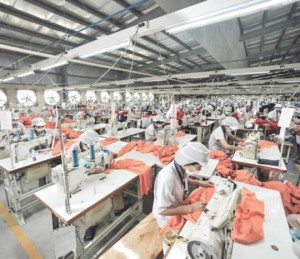 These attacks come as the Wickremesinghe government has started imposing International Monetary Fund-dictated austerity measures. This includes driving up the price of essentials, higher taxes on workers, slashing social expenditure and privatizing the state-sector.

Esquel closed down its two plants at Koggala Free Trade Zone (KFTZ) in the south, as well as at Ekala on the outskirts of Colombo and one in Kegalle, 85 kilometres from Colombo. The Free Trade Zone and General Workers Union compelled workers to sign a voluntary retirement agreement with only meagre compensation. 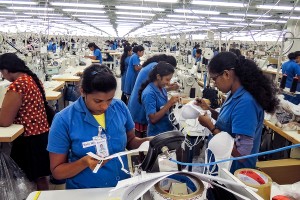 About 1,500 jobs were eliminated when Trend Setters shut down its factories at KFTZ and the Samanalawewa Industrial Zone. Aura closed its KFTZ factory in June, rendering 200 jobless. Neither company has paid salary arrears or redundancy compensation.
Aura Garments started production at the KFTZ in February 2019.

It manufactured woven and knitted garments, including shirts, blouses, trousers and lingerie, for GEMO, MK-Michael Korbs, New Look, M&S and VanHeusen in the US and Europe. Trend Setters began manufacturing and exporting clothes for men, women and children in April 2015 at the KFTZ and the Samanalawewa Industrial Zone.
Other major apparel companies in Sri Lanka include MAS with 35,800 workers and Hirdaramani Apparel, which employs a total of 54,400 people globally.
According to an International Labour Organisation (ILO) report released in October 2020, hundreds of thousands of garment and textile workers’ jobs were destroyed in Asia. In Indonesia, 812,254 or approximately 30 percent of the workforce were gone by July 2020; in Myanmar approximately 22,000 lost their jobs; and in Cambodia over 150,000. Another survey by statists.com, from March 2020 and March 2021, calculated that 712,000 jobs had been eliminated in India, 438,000 in Bangladesh and 100,000 in Sri Lanka. Although a so-called recovery has occurred since these reports were released many companies failed to re-hire all those they had retrenched. 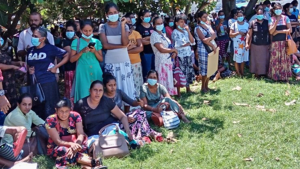 When COVID-19 began impacting Sri Lanka in 2020, the apparel manufacturing industry and other sectors demanded employees keep working, despite their objections to grossly inadequate safety measures. In October 2020, over 1,000 workers tested positive with COVID-19 at Brandix’s Minuwangoda plant in the Western Province.
These criminal policies, which led to thousands of entirely preventable infections and deaths, were ruthlessly encouraged and endorsed by the former government of President Gotabhaya Rajapakse and the rest of the ruling elite.

At the same time during the first waves of COVID-19, factory owners moved to increase productivity while cutting workforces to maintain profits. In June 2020, for example, MAS Holdings, reduced its workforce by 4 percent through a voluntary retirement scheme.

The global fashion retailers that buy garments from Sri Lanka and other Asian countries are also cutting jobs in the US and Europe. Victoria’s Secret, which employs 97,000 internationally, has just eliminated 160 management positions, as a part of a $40 million cost reduction program. GAP plans to cut about roughly 500 jobs, having slashed its workforce by 20,000 in 2021, with UK retailer Mark & Spencer planning to cut a similar number of jobs in 2022. 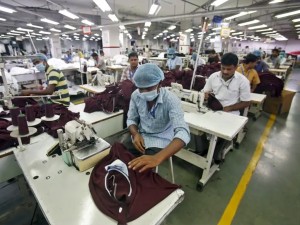 While apparel workers’ wages in Sri Lanka and other Asian countries are far lower than those employed by the giant garment retailers in the US and Europe, the deepening global crisis is revealing that they all face the common problems of inflation, job and wage cuts and increasing workloads.

Like their counterparts internationally, the Sri Lankan trade unions are tied to the capitalist system and function as an industrial police force ruthlessly implementing government and business demands that the burden of the crisis be imposed on the working class.

That is why the Socialist Equality Party (SEP) calls for the building of action committees, independent of the trade unions, to defend their wages, jobs and working conditions. Such committees will coordinate united action by apparel workers across Asia and internationally. Responding to the SEP, workers at the Koggala Free Trade Zone have formed an action committee and called on other workers in Sri Lanka and internationally to do the same at their workplaces. The SEP calls on apparel workers globally to take up this struggle as part of the fight to build the International Workers Alliance of Rank and File Committees, and for a socialist program.