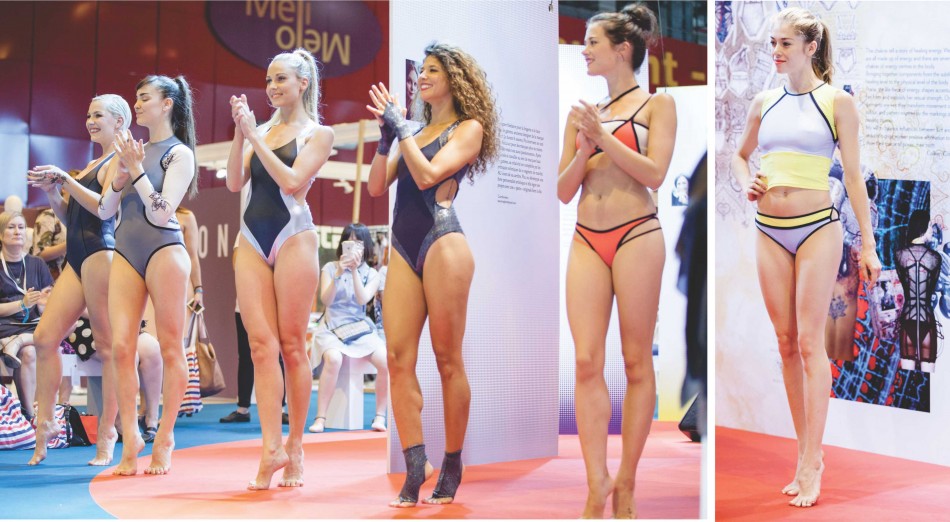 A Stable Attendance in a Difficult Environment
Interfilière Paris, the leading international show for intimates, swimwear and performance sourcing and fabrics, opened its doors to industry professionals from
4-6 July in Paris, Porte de Versailles. The living room of the upstream market of the lingerie and swimwear attracted nearly 10,500 visitors. A stable event compared to July 2014, Interfilière has not had to mourn the same decline as its neighbor, Mode City. Both professional shows are indeed facing a new context, to now happening neighborhood salons Who’s Next Paris and Bijhorca, who finally decide to return to their original dates in September. A context which, combined with very high temperatures, has contributed to decline by 10% attendance Mode City.

The weather set the tone for the show! Nearly 10,500 visitors braved the heat of Paris to attend this despite exceptional hot working conditions on the first day of the show. A nice surprise, the show recorded the same number of visitors as in 2014. Overall feedback has been positive, even if the textile market remains tense; the new layout in Hall 1 surprised, appealed and boosted the dynamism of visits to the Interfilière Paris and Mode City shows. The flow of exhibitors from Mode City to Interfilière Paris also worked well.

A “nice surprise”, so the organizers said Interfilière, which also link the revival in attendance brought by a scenography and new organization. Housed above the cross section of hall 1, Interfilière is now deployed at the rear of Mode City, offering an extended connection between the two appointments. An advantage that soon found exhibitors upstream salon, with many those reports of visits by professionals who previously were not going to enter the gates of the appointment. One of satisfaction particularly sensitive areas around trends, which were not empty, prompting them better exposure Visitor Mode City to take the plunge

WORTH NOTING IN THE TOP 10 :
Italy has lost its 2nd place, the UK and Spain were particularly well represented this session and each move up one spot. Belgium enters the list in 10th place.

71% foreign visitors, 29% French visitors
While Intimates and Beachwear brands were out in force in comparable numbers to last year, there was also a slight increase in ready-to-wear brands and independent designers. Alongside Mode City Interfilière largely devoted to this session and activewear successful lingerie. Two widely analyzed Procurement Forums at roundtables brands and suppliers. The opportunity to see the great potential of this market, as well as the very poor level of awareness of consumers in this field.

The 30th anniversary edition of the trade fair has collaborated with the members of the Concertation de Couleurs to produce the 25nd edition of the Evolution guide, featuring the season’s colour and fabric trends.

Sport inspired trends: Sport is gaining ground in the intimates and beachwear sector, where its influence is at once creative and technical, Interfilière dedicated this edition to this theme to provide an overview of the sport and activewear fabrics and accessories, as well as the sector’s sport trend range. With a combination of celebration and creativity for its 30th year, Interfilière drove trends in a colourful and explosive atmosphere, inspired by the Indian Holi festival of colours.

Colours: The colours that will be introduced at Interfilière for the Autumn/Winter 2016-17 season are divided into two palettes.