Is Lingerie Still A Taboo In  India? 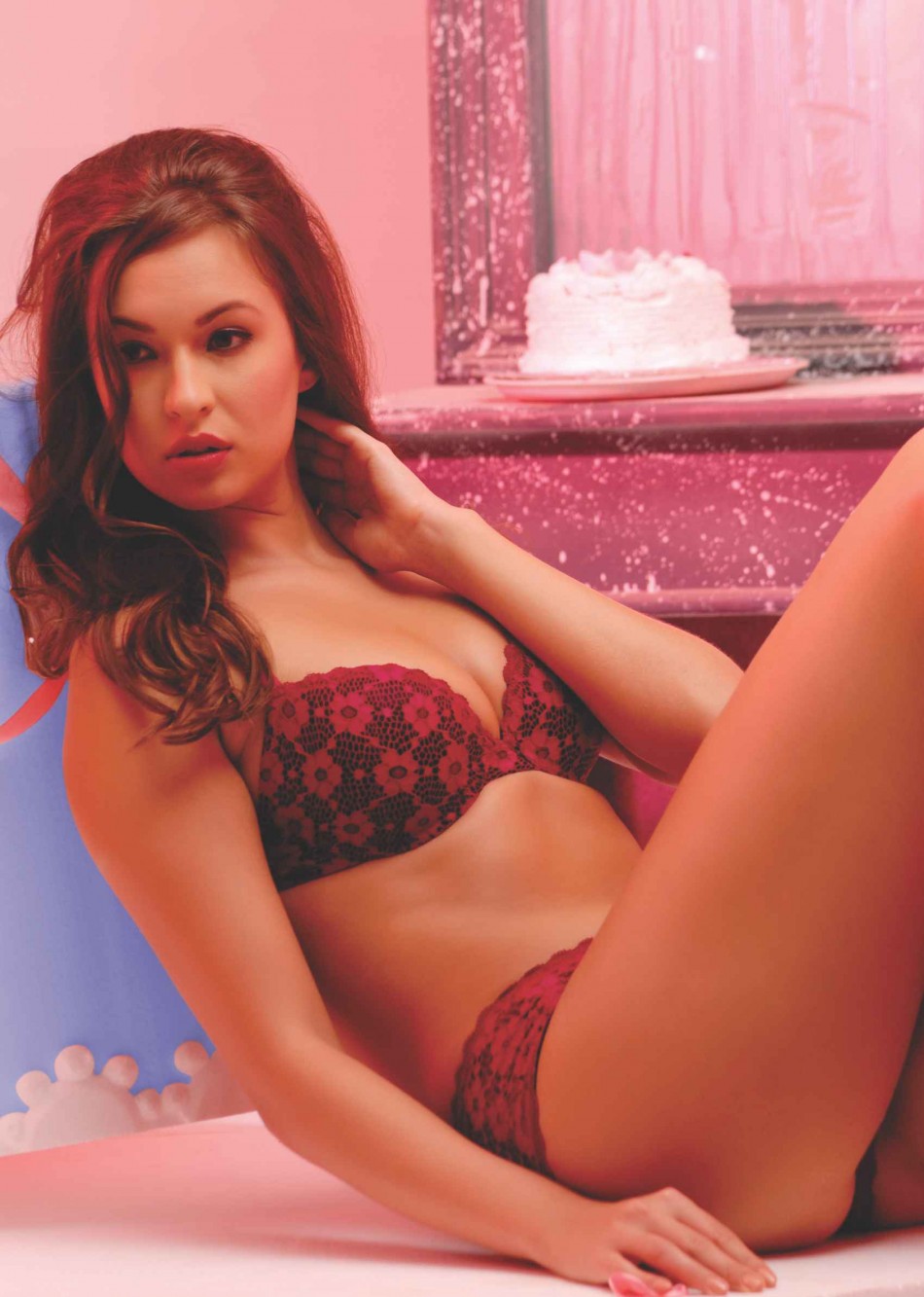 Prohibitions. Restrictions. Limits. Are mostly routes mankind has accepted to keep themselves under check. Most of what we are not allowed to or are barred to follow or do is mostly induced by the society. The bigger framework of the society has never been liberal enough to accept and embrace everything that was happening around. Instead of a healthy debate, whenever given a chance the society has adapted several prohibitive tools to check the thoughts and practices. Even though the history of lingerie dates back to the Egyptian and Greek kingdom during the middle ages, but the same over the years have been put in shackles and women were asked to cover up what was though to be a ‘taboo’.

But we have walked ahead, entered an era that has been thoroughly capitalised by the concept of the virtual. But the question still remains. Have you really been able to step out of the prohibitions tagged along with lingerie? Let’s hear it from people who belongs to different walks of life.

A passionate golfer and a hardcore tennis enthusiast, Vivek Mehta has been associated with MAS Brands India since May 2013. He is responsible for developing and executing the company’s strategy of expansion in India and his role includes oversight and leadership for carrying out the country’s overall performance and alignment with the brand’s vision and goals. He has held roles with increasing responsibility over the last 16 years in different functions – strategy, sales, marketing, operations, business development & consulting. His years of exposure with both the International and National industry spheres make him extremely competent to adapt to the changing times and thus his outlook reflects the same too. 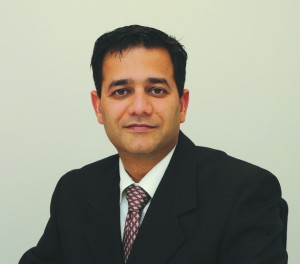 Indian women today is no more shy about herself. She has expanded her wardrobe choices making room for more. She is open to experimenting and happily selects from a vast range of western wear. While the Indian women readily picks and chooses her outwear wardrobe, her tastes for the innerwear’s too have grown over the years and today she finds immense pleasure in choosing the right innerwear for every outfit in her wardrobe. To satiate her needs and her choices, she needs diverse lingerie to pick up from and seek education on the same too. Women are eager to absorb information on lingerie and don’t shy away much from openly interacting on the subject of lingerie, especially on the digital medium. Thus to the end consumer it’s no more a taboo . However there are associations and groups who still propagate the category being a taboo and don’t allow free communication revolving around lingerie. They restrict the usage of the idea of lingerie to freely propagate through the mass and try instigating a barrier on all mediums especially outdoor. But soon there will be a time when women to seek more will revoke the ongoing concept of restriction associated with lingerie and soon there will be a time when free communication will be allowed to reach the end consumer swiftly.

Indranil Das is an Occupational health physician presently working for ‘Speaking Out oy’. , as a course leader of Pohojis-Savo region in Finland. His years of expertise and experience of working with the public health sectors in India and Finland makes him see many social issues quite closely. He has been a keen observer and have tried to put a stop to many health and social stigma’s in the past too. His experience and social knowledge makes him speak for the motion. 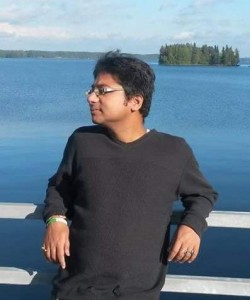 India apparently seems to be a conservative country; and Indians often take pride in that. However, in doing so Indians completely or at least partially forget their liberal heritage; that has been robbed off due to the long history of colonial rule (by rulers of other religion or other parts of the world). Indians consider sex and any kind of (artistic) eroticism as a taboo. Lingerie is not an exception. If we sneak a peek into the true Indian dressing culture, we can easily observe human body (including dressing sense) has been considered artistic, erotic and at the same time holy.  Even, Lord Krishna described dressing as a mode to protect oneself from weather conditions (natural aspects) and to make one look good (artistic aspects); but He alerted of consequences when people associate clothing beyond artistic and natural aspects. Present Indian culture with a heritage of absorption of the cultures of their erstwhile rulers has become ultra-conservative; and Indians indeed bracket lingerie as a taboo in every possible way.

A young, talented and spirited woman Sanjukta Roy found her true calling in textiles. She has refined the way one looks at ‘Gamcha’ and has been designing some out of the world creations with this simple yet powerful piece of  fabric and has brought out the essence of the same through her unique cuts and frills. From shirts to skirts to even unique winter wear it is Gamcha all the way for her. She travels with her collections all around the world, and in no time has become a household name for people who seek comfort in garments. Her interactions with every strata of the society and her own experiences tells her that lingerie is still a taboo for Indians. 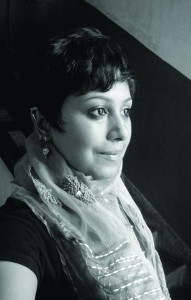 We have reached a time when the society and ‘n’ number of people depend on online shopping. The fiasco associated with buying from the virtual space has been easily cut off and people are happy to trust this space. When it comes to lingerie too, women are progressive enough to choose from innumerable online collections of lingerie. When it comes to the websites selling lingerie, we come face to face with a extensive display and they sell a lot of funky stuff too. funky underwear with cool straps are meant to be shown off. And some like us are too happy to buy these and really show them off, however we still have to dry our lingerie in hidden places. Strangely the bold spirit faces a stupid irony within our familiar boundaries. Unlike men who can walk around public spaces in minimal clothing or even bare bodied, women are not only seen under a stigma attached looking glass when it comes to their dressing style and preferences, they are also judged when their bra strap plays a peek a boo under their clothing. And criticisms reach their heights when a woman is seen showcasing her underwear in open spaces. Society still attaches the ‘not to be displayed’ tag with lingerie. And strangely these prohibitions are mostly  put into place by women only.

Counted among the top 100 models of the world, Asif Azim hales from Bangladesh and is a Post Graduate in Economics too. A participant in Big Boss 7, he has also walked for many top designers and reputed brands. His international acclaim and versatile career graph, also his association with the glamour and glitz industry makes me say that Lingerie in India is no more a taboo today. 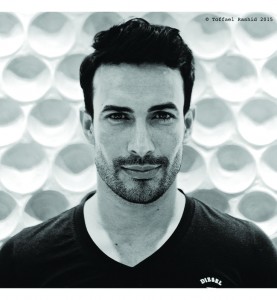 I really don’t think lingerie is a taboo anymore in India. We practice a free mindset today and the brown skin is really considered seductive and sensuous the world over. Women from our country can easily look like a seductress in a lingerie and the concept has really undergone a lot of change and at present the notions are more rational and non prejudiced. wearing a lingerie however at times initiates a vulgar imagery, and that too it arises with the fact of not wearing the same the right way, maybe in that context India is not too open to accept the same. And why not? The beauty of a piece of garment lies in the way the same is worn and carried off, and lingerie is no different. Not every apparel is meant for everybody, so wearing the right fit and style is also quite important. The restrictions are more in this zone today, which prescribes one to wear the right apparel but never on lingerie in general. And wearing lingerie appropriately at for an appropriate event is more like saying don’t over dress for a casual event. It can be equated with the concept of wearing shimmery occasional wear to a casual day event. And these are basic wardrobe guidelines not a taboo definietly!