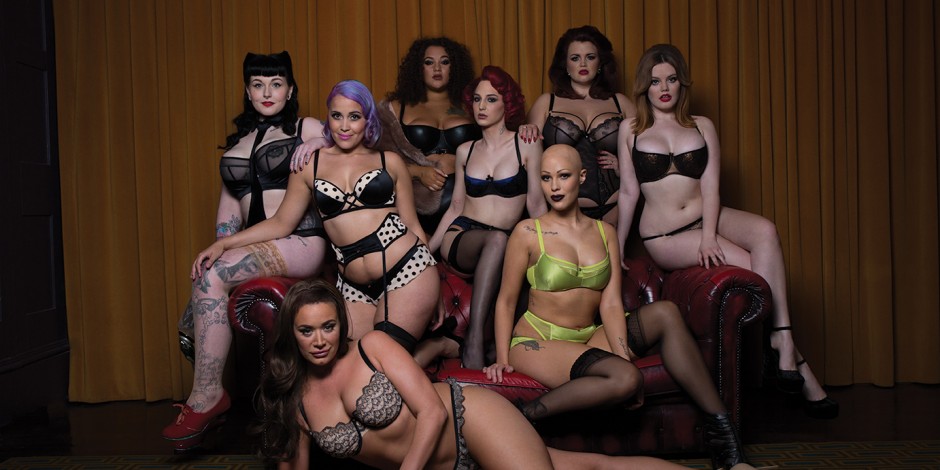 Just when you think we are beginning to reject and shatter society’s stereotype imagery of the ‘perfect body’. Curvy Kate’s recently launched AD has been rejected by Facebook.

The new ad, part of Curvy Kate’s new Scantilly campaign, aims to give a much-needed hit of diversity to the lingerie industry by shunning professional models and instead enlisting eight powerful female role models, including a transgender woman, an amputee, an alopecia sufferer, a plus-size blogger, and a recovered anorexic.

Scantilly Lingerie : Lingerie that indulges, sanctifies and worships; lingerie that needs no apology. It’s not a want but a need – enrich your drawer with the unforgettable, seduce your skin with the sensual and arrest yourself with Scantilly in DD to HH cups.

Facebook doesn’t seem to agree with the message behind the ad, and when a group shot from the campaign was added to the social media site, it was quickly removed for breaching advertising policies.

Curvy Kate reached out to Facebook to appeal the decision, arguing that the posts had been unfairly categorized. Because the message was sent through a proprietary Facebook messaging system and not through email.  “We’re aiming to challenge social ‘norms.’ – Curvy Kate.  #TheNewSexy calls for women of all shapes, backgrounds and sizes to be represented in the media and looks to redefine how society views the word ‘sexy.’

Though the decision has now been overturned, this isn’t the first time the social giant has come under fire for its ad review practices.