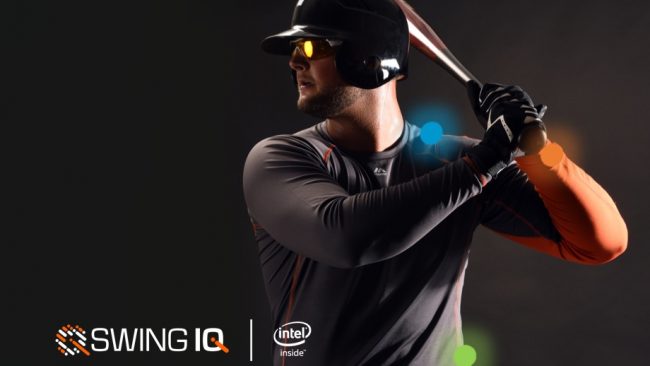 Majestic Athletic is ready to fight its at competitors in a smart way and this time they are doing it with technology through its Swing IQ smart apparel.

The Swing IQ shirt is designed with Intel technology and contains motion sensors that provide 360-degree tracking of wrist, shoulder and hip movement throughout the swing. Competitors like Blast Motion and Zepp place their sensors on the bat. But Majestic has just gone a notch above by incorporating the technology right on the apparel.

Swing IQ was designed to be used in both practice and actual game play, according to Majestic. In fact, the apparel contains sensors — each containing an accelerometer and a gyroscope — are strategically located and virtually unnoticeable.

Intel designed the technology behind the Swing IQ shirt and soon-to-be-launched Swing IQ app after collecting data from a wide range of athletes. Training tools on the app will include real-time data/video overlays, telestration, side-by-side swing comparisons, historical archiving and sharing on social media.

“Intel is creating a sports industry human performance ecosystem that fuses data, technology and sports together. Swing IQ shirt is a great example of this fusion,” Intel Corporation vice president and GM Sandra Lopez said in a statement.