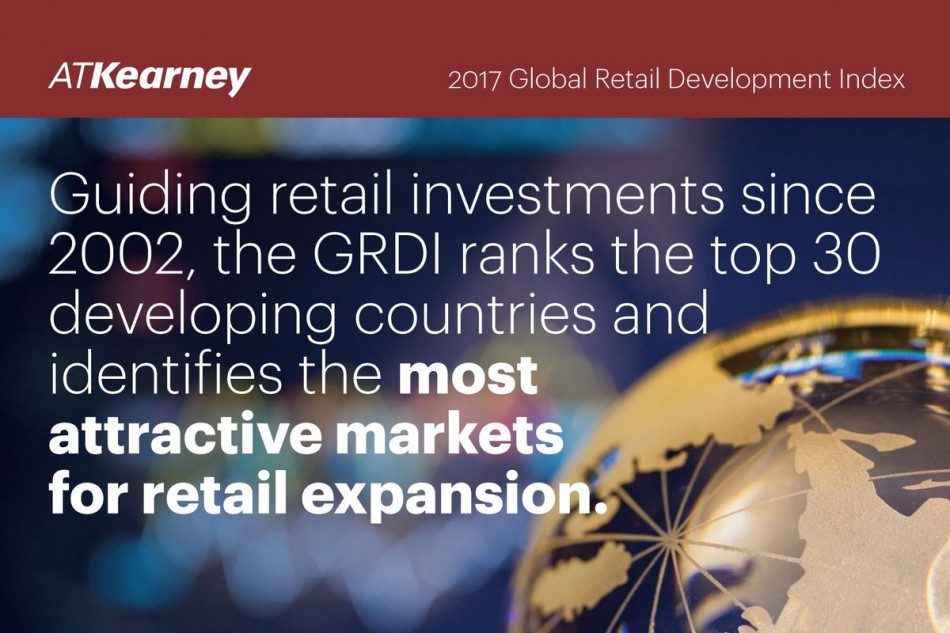 To top AT Kearney’s Global Retail Development Index (GRDI) India has overtaken China, a study which ranks the top 30 developing markets for retail investment, riding on the back of favorable foreign investment environment, strong economic growth and a consumption boom that are expected to double organized retail and expand online retail by 30 percent a year to reach $48 billion by 2020. 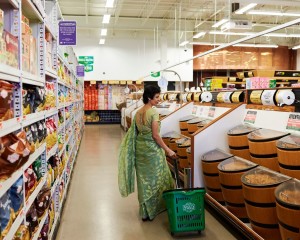 Leaving China in the process which got 70.4 points India managed to score 71.7 points. The top 5 countries in the GRDI includes Malaysia, Turkey and UAE.

Last year, mobile shopping grew by 121 percent in India, 192 percent in China, 151 percent in Vietnam and 87 percent in Nigeria, said the study. According to the study, online retail ,driven by high promotional activity and payment solutions such as cash on delivery is projected to grow 30 percent annually and reach $48 billion by 2020.

India will continue to provide strong fundamentals as the condition for the retailers are favorable, the study said. In 2017, the GDP is forecast to grow 7.4 percent and 7.6 percent in 2018, which will increase consumer spending beyond the essentials and helps to boost the middle class. The study said that by 2020, these trends are expected to help organised retail double in size.

It also said that the government is taking steps to eliminate the federal and state rules that curtail retail development and new regulations are being developed to attract investment and increase consumption.

The study noted that relaxed rules for foreign direct investment (FDI) in key sectors have improved the ease of doing business in India. In the past year, the government has allowed 100 percent foreign ownership in B2B e-commerce businesses and for retailers that sell food products manufactured in India. Government effort to boost cashless payments and reform indirect taxation with a nationwide goods and services tax (GST) are also expected to accelerate adoption of modern retail in India.

To set up 25 stores nationwide ,world’s largest furniture retailer, IKEA plans to invest $1.56 billion. Amazon and Walmart have aggressive rollout plans with Walmart aiming to open 50 cash and carry stores in the next four to five years.

The luxury sector also continues to see activity with Saks Fifth Avenue reportedly in talks with local partners to open two stores. Lifestyle retailers such as Shoppers Stop are investing in omi-channel offerings to meet the demand for online.

“However maintaining a profitable online operations is a challenge and has led to some consolidation. Two of nation’s largest online retailers Snapdeal and Flipkart are considering a merger as investors look to lock in returns, cut losses and focus on sustainable growth,” the study said.