In the backdrop of Karnataka Elections 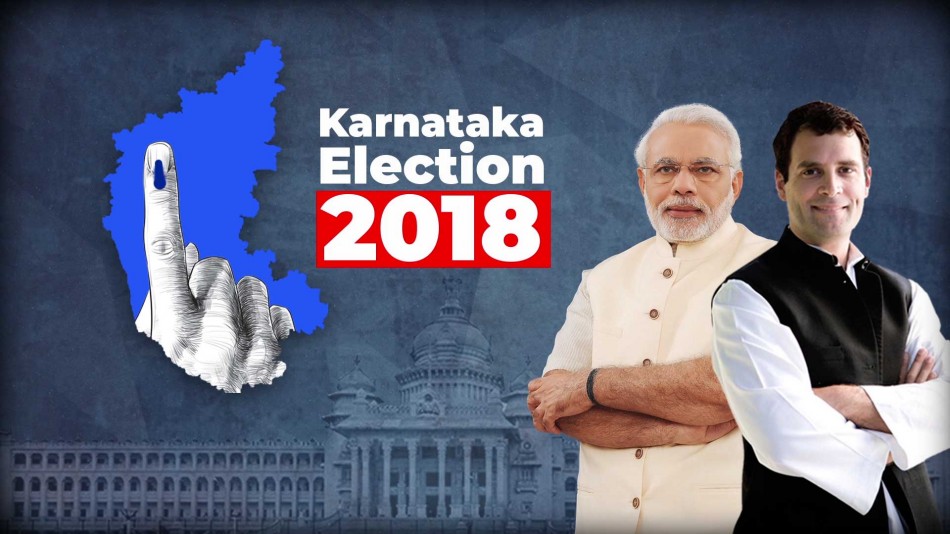 This piece of Editorial comes on the backdrop of Karnataka Elections which has been fiercely fought between the two main opposition parties. The main outcome of this election will have a bearing on the 2019 elections and the other state elections in Rajasthan, Madhya Pradesh. Repeated elections are having a toll on the administrative machinery as well as the political class which is always at the loggerheads with each other because of their political differences and because of the state elections in Karnataka the parliament was not allowed to function for the entire session. At whose expense?

The tax payers have to bear the brunt of this profligacy, besides many important legislations are not been enacted for want of decorum and the common citizenry is bearing the brunt of the unruly behaviour of our elected representatives. It is time we put our elected and nominated legislators on leash when they come back to our constituency and seek an answer from them on the work they have done in the parliament and how many laws they have helped to pass and what sought of participation they have done in the august houses of the parliament and we should embolden each of our parliamentarians to maintain their website and list the work done both in the parliament and outside the parliament on their website which can call for views and counter views from the public at large.

This will instil a sense of duty and fear in the mind of the elected representatives and their record of five years performance will be there for all to see and they can be compared. This will bring a sense of betterment and a competitive spirit among the representatives to outdo each other in bringing better and bigger goals to their constituents.

Coming back to our magazine, we have the cover story on period panties which I think we have covered this topic for the first time since inception. It was quite an eye opener for us too. What seemed the obvious; the market for period panties is quite at a nascent stage inspite of it being around in the market for the last four decades.

Not much has been done to create awareness which I consider a universal product like undergarments and it is quite a generic one at that. The market should be widespread considering our education and literacy levels and the middle and middle upper population which could easily translate into a market not less than 1000 crores. The marketers and brands have a major role to play in this segment to bring about a tectonics shift in the perception and build-up of period panties is concerned. Firstly, I think we should avoid calling it the period panties, because I think there is a social stigma to the word period. My solution would be “No stain or Stain Free Panties‘ and the communication should border around hygiene mainly. Or better still a survey should be conducted in the metros and mini metros to find about the psychographic profile on period panties. The market has to be gained from creating a social awareness around the product and better communication. It will serve the brands in the long run.

Besides this we have decoded the need for online ecom giants like Zivame, Pretty Secrets, Clovia etc who are on the EBO opening spree why they feel the need for this? Read the article and you will know why? The market is quite in a churn these days, as some say the market is good and others debate it is not. That is the nature of the markets after all which not the same is for everyone, and it shouldn’t be also.

All in all, I think we should have a record summer sales surpassing the sales in many years considering the uptake in the consumer goods. FMCG and QSR industry which is showing record growth of 22 to 48%. The same should be happening in the readymade and more so in the innerwear industry.

I will keep you posted on this in my next editorials. That’s all for now. I know the summer heat is sweltering and there is no respite and the thunderstorms did more harm than good. Keep yourself hydrated and cool most of the times and try to be indoors most of the time.