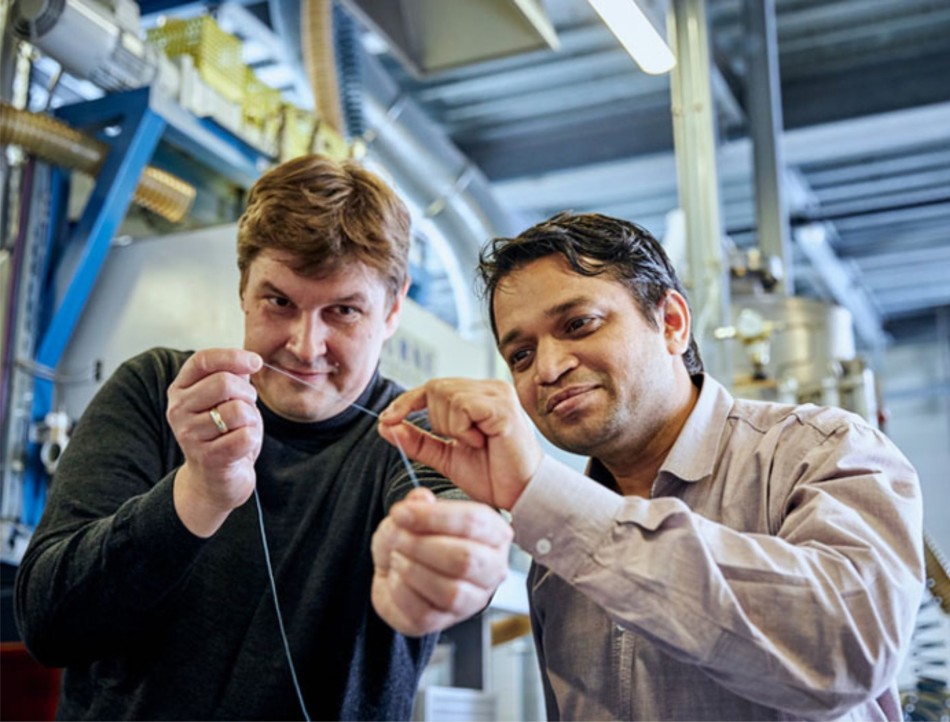 Covestro, the leading high performance polymer producer, along with the Institute of Textile Technology at RWTH Aschen University are developing elastic textile fibres made from carbon dioxide for the garment industry.

These fibres are made with CO2 based thermoplastic polyurethane (TPU) using a technique called melt spinning, in which the TPU is melted, pressed into very fine threads and finally processed into yarn of endless fibres. Melt spinning, unlike dry spinning eliminates the need for environmentally harmful solvents.

This new material, which is known as ‘Cardyon’ is already used for foam in mattresses and sports floorings and now it is being applied to the textile industry as well.

According to Covestro, CO2 based TPU fibres are elastic and tear-proof and so can be used in textile fabrics. Few companies from textile and medical engineering sectors have already tested the CO2 based fibres and processed them into socks, yarn, compressed tubes, and tables.

Earlier, the method of producing fibres from CO2 based TPU was funded by European Institute of Innovation and Technology (EIT). Now, it has been optimised as a part of ‘CO2Tex’ project, which is to be funded by German Federal Ministry of Education and Research (BMBF) to enable industrial production in future.

This initiative is a significant step towards introducing a material cycle based on sustainable resources in the textile and garment industry.