Chairman of Rupa and Company Limited, elected as the President of All India Marwari Federation 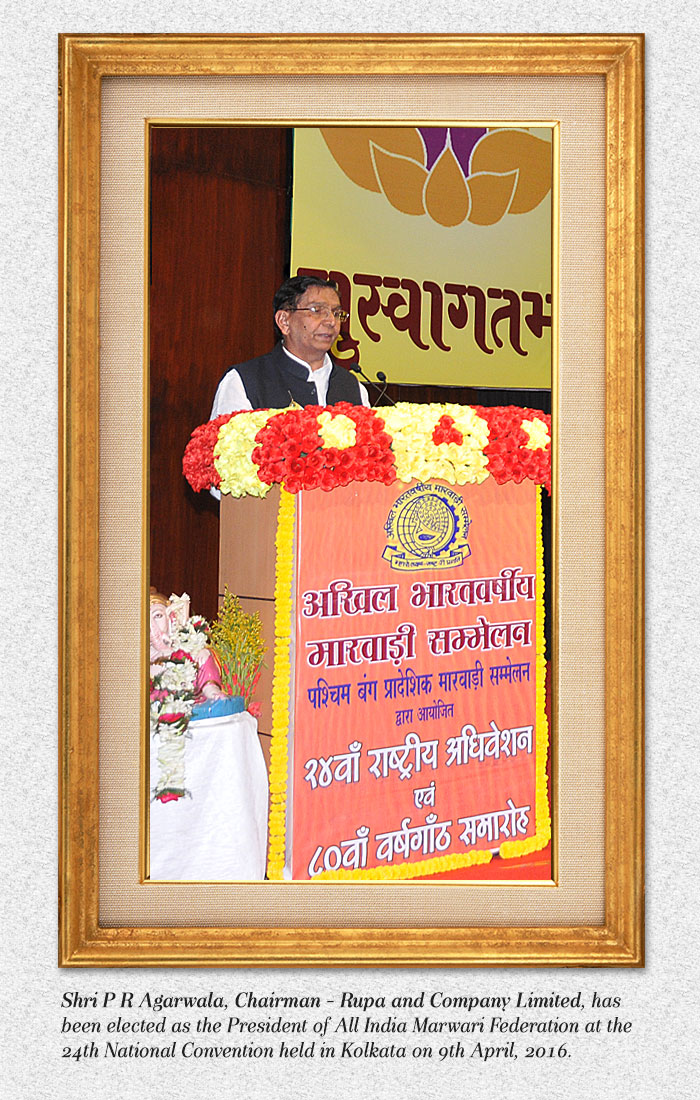 All India Marwari Federation elected Shri P R Agarwala (Chairman, Rupa and Company Limited) as their President at the 24th National Convention and 80th Anniversary Celebration held between 9th and 10th April, 2016. The ceremony was presided over by His Excellency Shri Keshari Nath Tripathi (Governor of West Bengal), and witnessed the presence of nearly 500 representatives from the different parts of the country.

All India Marwari Federation is a non-profit organisation that works for the social causes irrespective of caste, creed and/or community. The 24th National Convention conducted this year featured discussions on social services, national unity, environment, general and political awareness, and economy. The revival of Rajasthani language and culture were other major subjects of discussion during the convention.

Speaking at the ceremony about his appointment, Shri P R Agarwala said: “the federation has many expectations from me; and so do I. Let us work together to make this organisation among the best in the world and help it reach newer heights.”

Further adding to this, Shri Agarwala said: “The Marwari community has played a vital role in shaping the future of the nation. The community has worked together to support the freedom struggle. We also participate in social services and charity, thus serving our mission to make this society a better place to live.