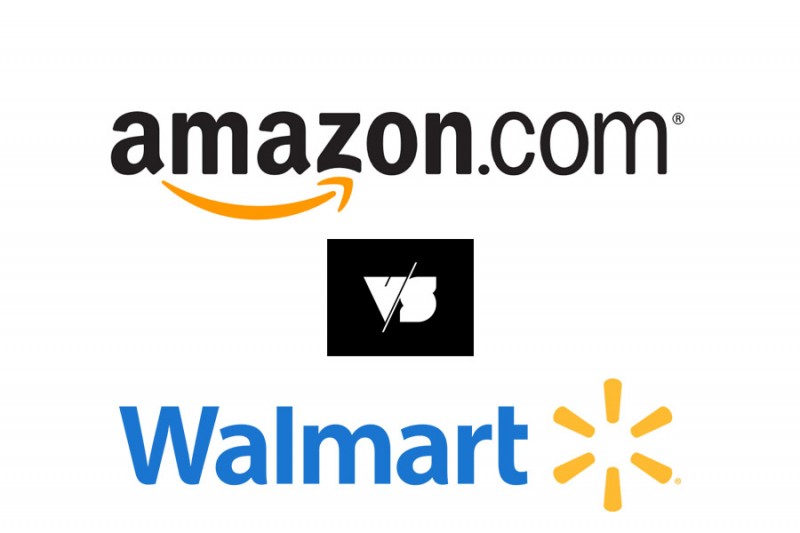 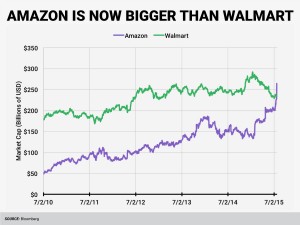 Amazon e-retailers is all set to conquer the world as the largest apparel retailer by 2017. The e-commerce giant has surpassed Walmart and Target and now turns to Macy’s . It has been estimated that Amazon’s  US retail Apparel GMV shall grow from $16BN in 2015 to $52BN in 2020, with US market share rising from 5% to 14% and comfortably passing Macy’s in 2017.

Amazon recently announced its quarterly profit that outpaced Walmart for the 6th time in consequent quarters. Sales in North America, the company’s biggest market, rose 25.5 per cent to $13.8 billion from a year earlier, helped by strong demand for electronics and general merchandise. Revenue from the cloud computing division, Amazon Web Services, soared 81.5 per centto $1.82 billion, accounting for nearly 8 per cent of the quarter’s revenue The unexpected quarterly profits keep pushing Amazon’s market value above that of Wal-Mart Stores Inc, the world’s largest retailer. The situation has given rise to a rut between the two in ecommerce segment. And it was bigger a surprise for Walmart. Amazon entered the ecommerce arena only in 2002 wile the former is an old player in the field. The contest was quite evident when in 2012 Walmart’s online sales profit was $12.2 billion as compared to Amazon’s $89 billion for the year. Seeing the current trend Wal-Mart plans to invest between $1.2 billion and $1.5 billion in its e-commerce business this year, Wal-Mart Chief Financial Officer Charles Holley told analysts in February. The company will spend even more next year, he said.

Walmart has been using the money to make its website more user-friendly, open additional e-commerce fulfilment centres around the US, and expand the number of products available for purchase on its website. Walmart also recently began authorizing store managers to match prices on Amazon.com and other websites to better compete with its rivals. Nonetheless, reports quote a long journey ahead of Walmart in order to match upto Amazon.